Amanda Teegarden said about the ratings: “I am happy to have received a higher rating with the National Rifle Association than two of my opponents. In the midst of talks of increased gun control legislation, the choice is clear if you want to protect your Second Amendment rights! I would be honored to receive your vote of June 28th!”

Amanda Teegarden gets high marks from the NRA — and from me! The NRA rarely endorses in races with no actual voting record to support the decision, but does publish ratings in many contested races across the nation.  Because of this issue and many others she has my solid endorsement in this race.  I have known her for many years and have worked with her on many matters.  She has the character, the worldview, and the genuine love of people — as well as the backbone — to do what is right once elected.  Please help her in this race!

Hang on to those AR-15s because… 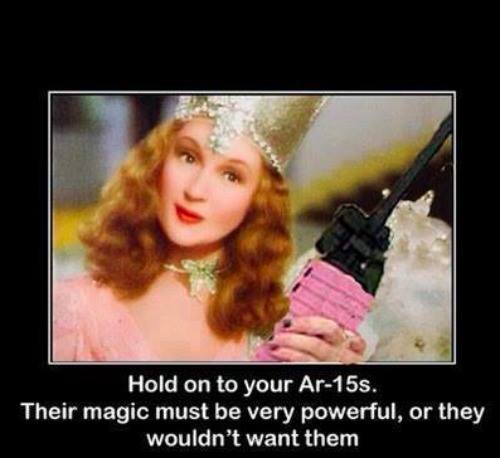 Their magic must be very powerful, or they wouldn’t want them.

Photo credit: unknown – from a friend of a friend on facebook

Finding Gems & Sharing Them – Hang on to those AR-15s because…

STOP Nomination of Sonia Sotomayor to US Supreme Court

Sotomayor has made public statements and issued rulings that indicate:

Gun Owners of America has been closely watching and researching this nominee, providing very good general information (beyond the Second Amendment) on their site.

GOA’s Executive Director Larry Pratt, was a guest on a special episode of the Blog Talk Radio show The Constitutional Liberty Coalition Gets Grizzly on Thursday, July 16 to discuss the Sotomayor nomination. Larry gave a good deal of detailed information about Sotomayor and why her nomination should be opposed. You can listen by clicking here.

Former Supreme Court Nominee Robert Bork made statements regarding Sotomayor and recent history on the confirmation process on Newsmaxx, Tuesday.

Wall Street Journal article on how little information was gleaned from Sotomayor’s testimony. 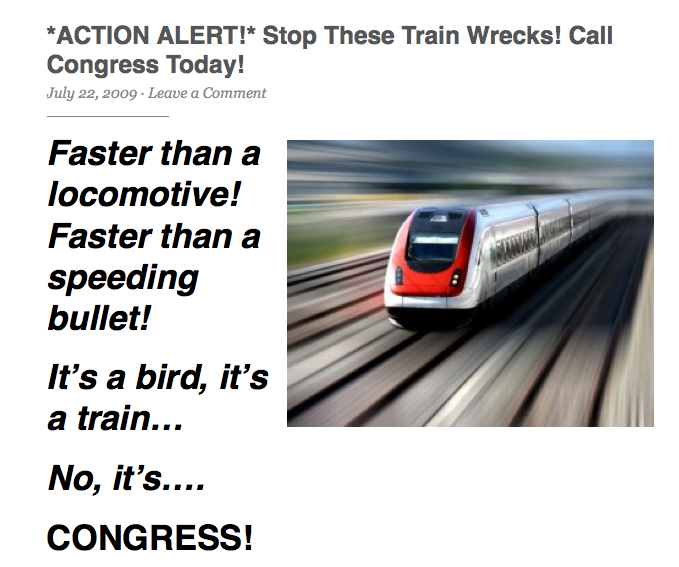 (for more details/links on these bills)

Stated Purpose: To make affordable health care available to all

Stated Purpose: To better protect the security, confidentiality, and integrity of personally identifiable information collected by States when issuing driver’s licenses and identification documents, and for other purposes.

For the Record with Illuminattv

Molotov presents the first of a two-parter about Homeland Security’s criminalization of conservative free will. The second part is forthcoming. (posted May 16, 2009 / Youtube 11,913 views to date)

Molotov presents the second part of a two-parter about Homeland Security’s criminalization of conservative free will. Are Americans preparing for…1776? (posted May 25, 2009 / Youtube 6,775 views to date)

Two quick notes: 1) As a “Christian Supremacist”, Molotov believes that there are only 2 types of people, those who believe the Bible and liberals. 2) “For The Record” is now a bi-weekly video column at Worldnet Daily (www.wnd.com). You can catch it every other Wednesday. (posted February 15, 2009 / Youtube 11,155 views to date)

“For The Record” is brought to you by the Domestic Emergency Network (DEN), the free market response to FEMA.

In researching who is behind these videos and the network involved, this is all I have been able to find out:

Wondering who the filmmaker is behind the 13-minute attack video A Video Portrait of Barack Hussein Obama? So were we. Though the narrator identifies himself as “Lorne Baxter,” and e-mails to the production company are answered by “Rodney Talmud,” it turns out the man behind the video is a 28-year-old Christian television producer from North Carolina named Jason “Molotov” Mitchell, who has priors for inflammatory YouTubing….