This book is very personal to me and my family.  My folks met the Lord with Jesse and a few other people many years ago in the 1960’s.  Our families visited together through the years and they taught us about their encounter with Jesus, their study of the bible and encouraged us to seek Him too.  I remember bible studies in various homes specifically for the children.  Many of the children met Jesus along the way and were baptized in the Holy Spirit as well.  They now have their own stories to tell and most their own families.  Special thanks to Jesse and my parents for pointing the Way and for bible teachers like Brother Frid, and Pastor Hong Sit and Derek Prince who gave us a firm foundation for life’s ups and downs.  A few years down the road, my dad became a bible teacher and I have a few of his studies on tape.  Jesse, retired now, has been writing and I am glad for the opportunity to share some of his work.  I pray it will be a blessing to many and that we will leave a clear path for those that follow us.

Thanks Jesse for putting this part of the story in print!

The Preface to A Man of God by Jesse C. Jones

This is a story about a man, a place, and a time when the lives of many people were touched by a power they did not know existed, nor did they know that this power was available to them.  The man that God used to demonstrate this power was unassuming and  totally devoid of the pride of life that plagues most men, and has led an untold number into exaggerated self-esteem and conceit.  He appeared in this appointed place without fanfare, and he came into our lives as a result of an event that he had no part in, and, as far as I know was not even aware of.  That he had been prepared for this place and time seems to be without question, for things happened rapidly after he began to be used by God in the ministry to which he had been called.

Looking back on this time, some fifty years ago, makes me think about how a large storm moves through a place and changes everything, and then is gone.  Like many of the changes brought about by the storm, the changes wrought in the lives touched by God through this man have not gone away, for they were changes to men’s hearts, and all the issues of life come from the heart (Pr. 4:23).  I know first-hand about the changes in the lives of my family: this is something we will consider later in the book.  But to tell this story in any meaningful way I need to describe the effect of this man’s ministry on other’s lives.  There were many people touched by this outpouring of God’s grace and I am personally acquainted with only a few: many have gone on to their eternal reward.  I wish I had more detail on the life of the principal character, but he and his wife have long since departed, and after fifty years there are relatively few knowledgeable sources still around.  Nevertheless, I have used the contacts I could identify.  I pray that readers will be touched by this story as I have been through the power of God manifested in this man’s life.

Chapters in this book:

The Man of God Appears

After the “Big Bang”

A Layman’s Commentary on the Revelation of Jesus Christ

A Man of God

Dialogue With an Atheist

The Mystery of God

Note:  All of the above e-books are available online.

The Path to Holiness  – (paperback) available for purchase here 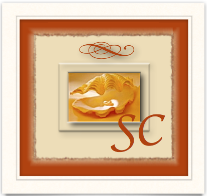 Posted by Sandra Crosnoe via Finding Gems & Sharing Them here >>>