This week, I will campaign for Gov. Mitt Romney. I believe this election will and should be about moving America back from the edge of the abyss on which we stand, where our debt and spending threaten to overwhelm and drown us. Romney’s belief in free markets, limited government and trade make him the clear choice to lead our country come January.

I do not, however, support a call for intervention in Syria. And, if such intervention were being contemplated, it is absolutely necessary that Congress give any such authority to the president. No president, Republican or Democrat, has the unilateral power to take our nation to war without the authority of the legislature.

At times, I have been encouraged by Romney’s foreign policy. I agree with his call to end the war in Afghanistan sooner rather than later and with his skepticism of, and call for reform in, foreign aid, but I am a bit dismayed by his foreign policy speech Monday, titled “Mantle of Leadership.”
… 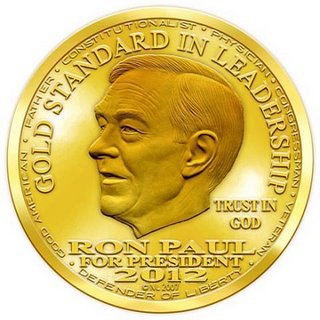 Rand Paul introduces his father from long distance for this important dinner in Iowa. Ron Paul’s remarks include a few personal experiences with Ronald Reagan and a little insight into the gold standard, economic policy, foreign policy, and a strong national defense. He has recommended $1 Trillion in the first year of his presidency and eliminate 5 departments including the department of education. Enjoy his refreshing comments amidst a very friendly crowd at the Reagan dinner in Iowa.