The Conservative Champion in Oklahoma for US Senate is Randy Brogdon

Primary Elections are about electing the best person for the office. In the general you can pick the lesser of two bad choices if you don’t get someone who walks the talk through the primary options… Happy campaigning out there! Don’t forget to have fun and make friends while you are on the campaign trail. ‪#‎R3s‬ ‪#‎4life‬ ‪#‎4liberty‬

So everyone is a conservative now.  And oddly enough everyone is for liberty now.  Hmmmm.  Who are the real champions?  They are the ones who were there before it was cool.  Leading the way.  Standing on principle. 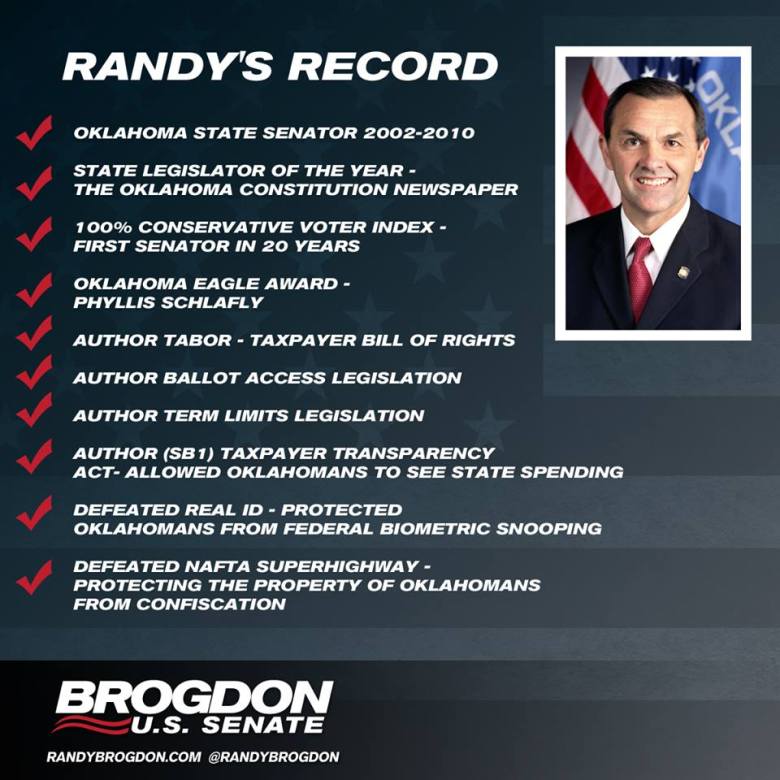 State Legislator of the Year- The Oklahoma Constitution Newsapaper

Defeated NAFTA Superhighway -Protecting the Property of Oklahomans from Confiscation

Note:  The legislation above was achieved under a Democrat Governor